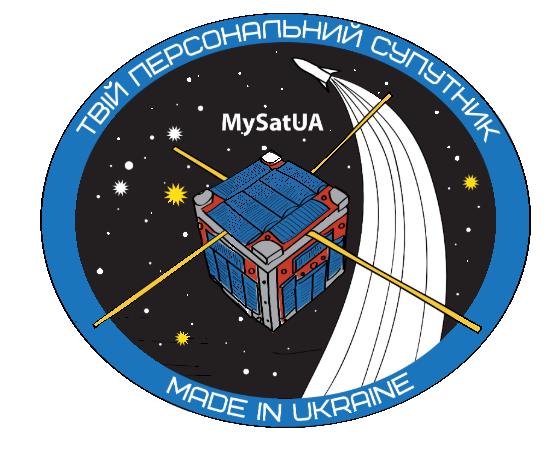 Today, mankind again sends robots to the moon, rockets fly into space several times a week, the cost of launching into orbit fell to $5,000 per 1kg. Everything thanks to the ingenuity of the great inventors and entrepreneurs. Everyone says that the next 10 years will be an era of great discoveries in space, but we say that this will be the era of great inventors.

The advancements in electronics allow us to integrate everything you need for a full-fledged satellite in a small cube 10x10x10 cm. Such satellites are called nanosatellites, or Cubesat.

Not only space companies, but also universities, amateurs, and even schools can make and launch Cubesats! And this is actively happening all over the world.

Why did we create MySat?

Unfortunately, in Ukraine, despite the space legacy of the Soviet Union, no one except for a few specialized laboratories develops CubeSat satellites.

To change it, we created MySat — the first satellite that teaches programming, physics, mechanics, and electronics.

The price for MySat is no more than $100 and every fan of space and technology will be able to assemble, program, and experiment with the satellite.

If you’d ever asked a question about the need for space exploration, you should talk to Dmytro Khmara, CEO and one of the MySat founders who also founded Lunar Research Service and Space Cossacks — the first is a small laboratory that tests and build Cubesats with deploy systems; the second one is a stratosphere launch provider for scientists and companies.

Dmytro argues that space is the key to human survival in the future since our planet is vulnerable to lots of threats, both internal and external.

What’s in the MySat kit?

MySatUA will serve as a scientific and STEM kit with a lot of sensors and functions, including a camera, an accelerometer, and a gyroscope, magnetic compass, temperature, pressure, and humidity sensors.

The satellite is equipped with its power system and battery.

The satellite is activated, as the real ones, by using the RBF mechanism (Remove Before Flight).

But that’s not all, in the future, your satellite can be modified with additional modules.

We want to show that space technology today is available to all interested: amateurs, students, and children. That you can watch the SpaceX launch and the landing of NASA robots on Mars, but also you could develop spacecraft by yourself.