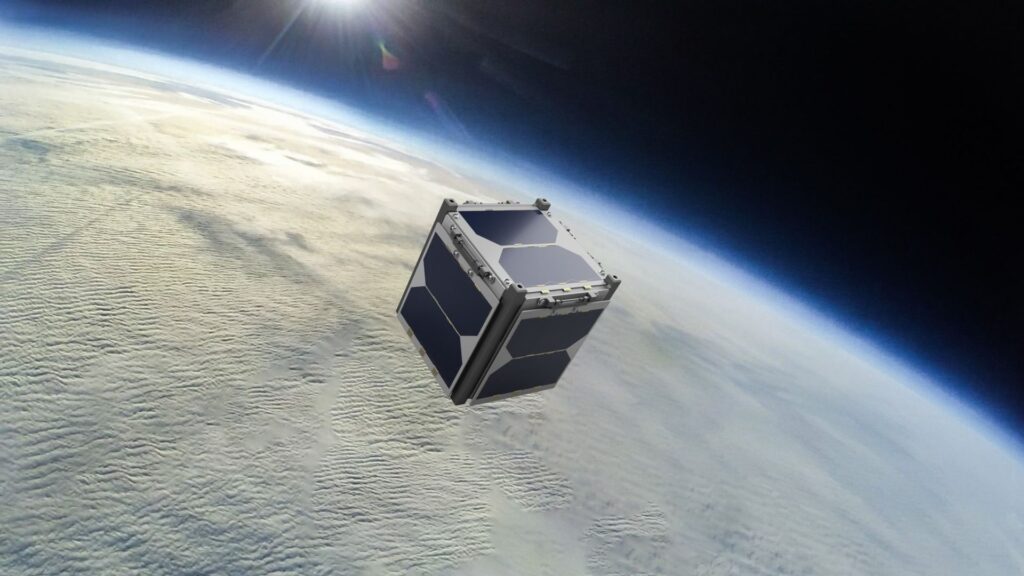 This article has originally appeared on the Max Polyakov site and an excellent text about why we need satellites and what they give to us.

EOS Data Analytics and Dragonfly Aerospace plan to send a small satellite into space in early 2022 for Earth imaging. These sorts of announcements may sound routine today, yet the ability to actually put satellites into space only became possible thanks to more than 60 years of development in satellite observation and ongoing investments in space technologies by governments and companies.

This spending on small satellites will be crucial in the coming decades to help cope with the growing effects of global warming, which is leading to high sea level rises, melting glaciers, and extreme weather events and wide-ranging wildfires, among the other threats facing the inhabitants of our planet. Noosphere Ventures portfolio companies are ready to lead the charge to assist with minimizing the effects of climate change by developing solutions that will help enable people to find the recipe for human prosperity.

Leveraging the multispectral imagers on EOS Data Analytics satellites will provide decision-makers the capability to monitor a wide swath of area, including probable disaster zones. Change detection and data analysis, especially in environmentally-sensitive areas, will help humanity manage and marshal its resources and preserve them for future generations.

Statista estimates that the number of active satellites tripled in the past decade; there were 997 in the year 2010, compared with 3,368 in 2020; the number will surely climb higher in the coming years due to the numerous batches of small satellites soaring into orbit every month. Investment into the space industry is accelerating as well. Space Capital estimates that about $12.1 billion was invested in space companies in the first half of 2020 alone, a significant amount given there has been approximately $135.2 billion of equity investment between Q1 2004 and Q2 2020.

While it is difficult to estimate the number of space launches in the past decade as some missions are classified, it is clear those numbers are growing. Public sources estimate there were 109 launches overall (meaning successful launches and failed launches) so far in 2020, a 50% increase over the 74 launches in 2010. The typical 2020 rocket also included multiples of satellites – sometimes dozens of satellites – per launch, while a typical 2010 launch tended to only send a satellite or two into space at a time.

How satellites assist with Earth observation

Satellites use numerous wavelengths to scan the Earth, such as infrared to look at heat sources, microwaves to pierce thick cloud cover, and visible light for high-definition imagery. Small satellites with synthetic aperture radar, such as those made by EOS SAR, produce high-resolution images of the Earth’s surface even through clouds and foliage.

Satellites assist with global warming predictions in general, through metrics such as sea level rise and glacier reduction. They help oil and gas line monitoring in remote areas, reducing costs for the associated companies. Disaster relief is also a crucial application. For example, in the past year alone, satellites helped chart the effects from space of the COVID-19 pandemic, including showing changing nitrogen dioxide patterns associated with less pollution. Satellite images of the Australian wildfires of early 2020 assisted with disaster relief in the affected regions.

The rise of small satellites

The first satellite to orbit Earth was Sputnik in 1957, a small Soviet satellite that is best known for kicking off a global space race that eventually brought humans into orbit and to the moon. The satellite was used for scientific observations, including using its orbit to make predictions about the density of Earth’s atmosphere. Satellites sparked a scientific revolution to better understand our planet and to protect it from global warming, and they have become even more useful as space technology has improved.

From the 1960s to the early 2000s, satellites were large machines sent up by huge space agencies or companies for a single purpose, such as Lockheed Martin’s geosynchronous satellites for communications, the U.S. Landsat series of satellites for Earth observation, or the NASA/European Space Agency Hubble Space Telescope for astronomy observations.

These satellites were robust and long-lasting, but their size made it difficult to launch them quickly – or at a low cost. Starting in the 1980s, however, the space industry started to fly relatively smaller satellites, according to a research paper on small satellites by Martin Sweeting.

Entities such as the U.S. Defense Advanced Research Projects Agency, the NASA Small Explorer programme and the Air Force Research Laboratory MightySat program in the 1980s and 1990s allowed small satellites to be tested in orbit with the backing of government funding, Sweeting said. These initiatives (among others) showed businesses the opportunities of moving into orbit for applications ranging from communications to Earth observation.

In 2003, the first CubeSat launch took place, starting a revolution of breadbox-sized satellites that took advantage of considerable advances in camera technology and computing power since the dawn of the space age half a century before. Numerous new rocket companies such as Firefly Aerospace are optimized to carry these small satellites into orbit; Firefly’s Alpha rocket will soon send CubeSats aloft rapidly, repeatedly and at a low cost.

While CubeSats and their low Earth orbits typically caused them to enter the atmosphere within months, they are cheap to launch while providing high-quality data; moreover, the technology continues to improve rapidly. Associated with the rise of CubeSats are new business opportunities such as the niche provided by Space Electric Thruster Systems, which provides flexible propulsion and development perfectly matched to the CubeSat framework.

The global space economy overall grew by 6.7 percent on average every year between 2005 and 2017, accelerated by the development of newer space technologies that hopped on to these reductions in satellite cost.

While 20% of all satellites are military and used for classified activities, it must be remembered that the other 80% are business- or public-focused and often, have data that is easy for the public to access. With these satellites at the ready for public service, satellites continue to help Earth’s inhabitants, even in the face of the unexpected.

The newer vision of the 2010s and 2020s was for CubeSats to fly into orbit in large swarms, letting small companies and emerging countries take advantage of satellites at much lower cost. Since CubeSats are so tiny, they can launch by the dozen, accelerating the access to space.

CubeSats are not perfect either, as large numbers of them in the sky will make it more difficult for astronomy observatories on the ground to get a clear view of the heavens. They also carry the risk of increasing space debris unless the satellites can be de-orbited quickly, according to a recent space environment report by the European Space Agency.

Today, satellites are crucial not only to our understanding of Earth, but also to connecting the world. Industries as varied as transport, agriculture, media and communications use satellites for applications such as broadband Internet, monitoring ground infrastructure, and the “Internet of Things” that connects multiple devices to the web.

Along with business investments, one of the keys to securing the future of the space market will be helping to reduce risk as much as possible. Examples of innovative space financing could include access to satellite insurance for startups, new financing solutions to reduce pre-launch funding, or financing smallsat companies in groups to increase negotiating power and decrease risk with launch providers.

These measures will be crucial to help companies assist with the long battle against global warming. A strong NewSpace industry is critical to helping humanity use space to track changes on Earth in a timely manner, and Noosphere Ventures companies are kickstarting this process by developing advanced technologies that will help drive innovation across the entire sector. The company already encompasses over 22 scientific and industrial verticals, and its efforts aim to serve as an inspiration to other entrepreneurs and innovators who are willing to tackle humanity’s toughest challenges.